Prof. (Dr.) Anurag Kumar is an Honorary Professor at Indian Institute of Science. He was the Director of the Institute during 2014-2020. He was a Member of Technical Staff in AT&T Bell Laboratories from 1981 to 1988. He completed his B. Tech from Indian Institute of Technology (IIT) Kanpur and secured PhD from Cornell University. He has published extensively in the areas of communications networking and distributed systems, and has co-authored two major textbooks in communication networking and wireless networking. He was awarded the 1977 President's Gold Medal by IIT Kanpur. He received the IISc Alumni Award for Excellence in Engineering Research for 2008, and the IEI-IEEE Award for Engineering Excellence 2017. He has been elected Fellow of the IEEE, the Indian National Science Academy (INSA), the Indian National Academy of Engineering (INAE), the Indian Academy of Science (IASc), and The World Academy of Sciences (TWAS). During the period 2005-2009, he was an area editor for the IEEE/ACM Transactions on Networking, and was then on its steering committee from 2010-2014. He is a recipient of the J.C. Bose National Fellowship, awarded by the Department of Science Technology, for the period 2011-2021. 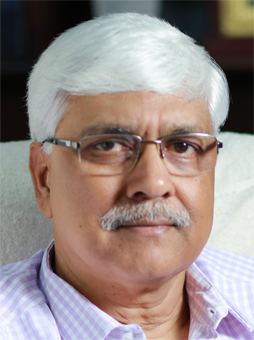 Dr. Sivaji Chakravorti is a Professor of Electrical Engineering Department of Jadavpur University from 1985. He was the Director of National Institute of Technology Calicut from August 2015 to August 2020. He did postdoctoral research at the Technical University Munich, Germany, as Humboldt Research Fellow. He also served as Development Engineer in the Power Transmission and Distribution Department of Siemens AG in Berlin, Germany and as Humboldt Research Fellow in ABB Corporate Research at Ladenburg, Germany, in 2002. He was US-NSF guest scientist at the Advanced Research Institute of Virginia Tech, USA, and AvH Guest Scientist at the Technical University Hamburg-Harburg, Germany, and also at the Technical University Munich, Germany. Prof. Chakravorti is Fellow of the Indian National Academy of Engineering, Fellow of National Academy of Sciences, India, Senior Member of IEEE (USA), Fellow of West Bengal Academy of Science & Technology, Fellow of the Institute of Electronics and Telecommunications Engineers and Fellow of the Institution of Engineers (India). He is the Vice-President of the Indian National Academy of Engineering. Prof. Chakravorti is the recipient of ‘Technical University-Munich Ambassador Award’ in 2013, ‘Technology Day Award’ from All India Council for Technical Education (AICTE) in 2003 and the ‘Outstanding Chapter Engineer Award’ from IEEE Power & Energy Society in 2007. He has authored three books and edited three books. He has published more than 105 research papers in peer-reviewed international journals including 67 papers in IEEE Transactions. He has one US patent, three Indian patents and three software copyrights to his credit 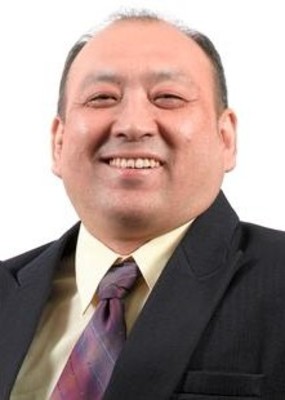 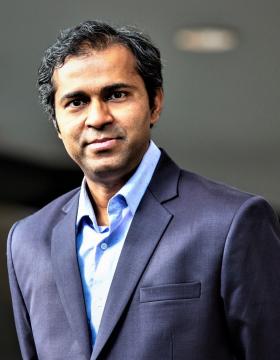 Dr. Akshay Kumar Rathore is a Professor (Engineering) at Singapore Institute of Technology, Singapore. He received his M.Tech in Electrical machines and drives from the Indian Institute of Technology (BHU) Varanasi, India, in 2003, and the Ph.D. in power electronics from the University of Victoria, British Columbia, Canada in 2008. From November 2010 to February 2016, he served as an Assistant Professor at the Department of Electrical and Computer Engineering, National University of Singapore. From March 2016 to December 2021, he served as an Associate Professor at the Department of Electrical and Computer Engineering, Concordia University, Montreal, Canada where he was listed in the Provost Circle of Distinction in 2021. He is currently serving as the Awards Department Chair of the IEEE Industry Applications Society and AdCom Member-at-Large of the IEEE Industrial Electronics Society. Dr. Rathore is a recipient of the 2013 IEEE IAS Andrew W. Smith Outstanding Young Member Achievement Award, 2014 Isao Takahashi Power Electronics Award, 2017 IEEE IES David Irwin Early Career Award, 2020 IEEE IAS Outstanding Area Chair Award, 2020 IEEE Bimal Bose Award for Industrial Electronics Applications in Energy Systems and 2021 Nagamori Award. He published about 280 research papers in international journals and conferences, including 94 IEEE transactions.

Dr. Sharul Kamal Abdul Rahim is a Professor at Universiti Teknologi Malaysia (UTM). Since 2001, He has been with the Wireless Communication Centre (WCC), a High Centre of Excellent (HICOE), UTM. He obtained his first degree from University of Tennessee, USA majoring in Electrical Engineering in 1996, his MSc in Communication Engineering from Universiti Teknologi Malaysia (UTM) and PhD in Wireless Communication System from University of Birmingham, UK in 2001 and 2007, respectively. He holds an H-Index of 25 (SCOPUS) and more than 2000 citations (SCOPUS). He is a member of the Senior Evaluation Panel for the Engineering Accreditation Council (EAC) of the Board of Engineers Malaysia (BEM). He is currently the Chairman of International Electrotechnical Commission of Technical Committee (TC 49) and (TC 124). He has authored various books and book chapters and published more than 250 technical papers in journals and proceedings including IEEE Trans. on Antenna and Propagation (TAP), IEEE Antennas and Wireless Propagation Letter (AWPL), IEEE Antenna Magazine, IEEE Access and Electronics Letters. He has received more than 56 academic and research awards. He has secured almost RM3M of research grant internationally and nationally as a head of projects. He has 10 patents granted and more than 30 patent filling and Copyright.